Provided with base black and white linework, the Brave Agency commissioned Stephen to colour the illustration. The brief entailed creating a "Find the hidden birds" guessing game for kids, hiding a portion of the birds while leaving some more visible. Franklin approached the project by first creating areas of flat colour and deciding on which birds would be more visible than others. He then added depth through shading and varying tones within the flat areas. After sighting the first draft the client instructed Stephen to increase the depth through a greater variation in hues. Working with this feedback he was able to produce a colourful and vibrant scene. Adding just the right amount of difficulty in spotting the hidden birds within the illustration.
Art Direction: Brave Agency
Illustration: Stephen Franklin

The final composition needed a few rounds of development to achieve the right balance. 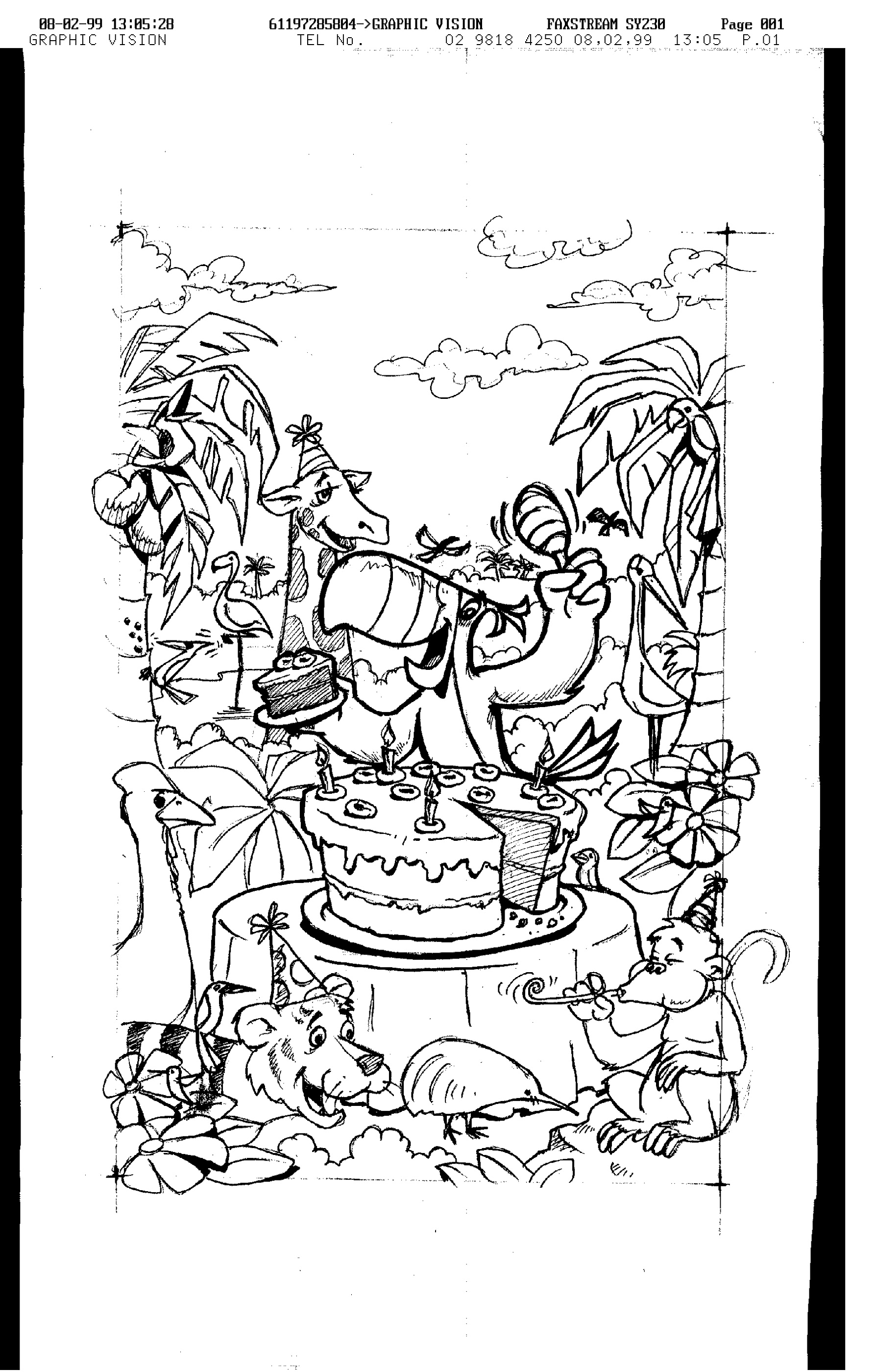 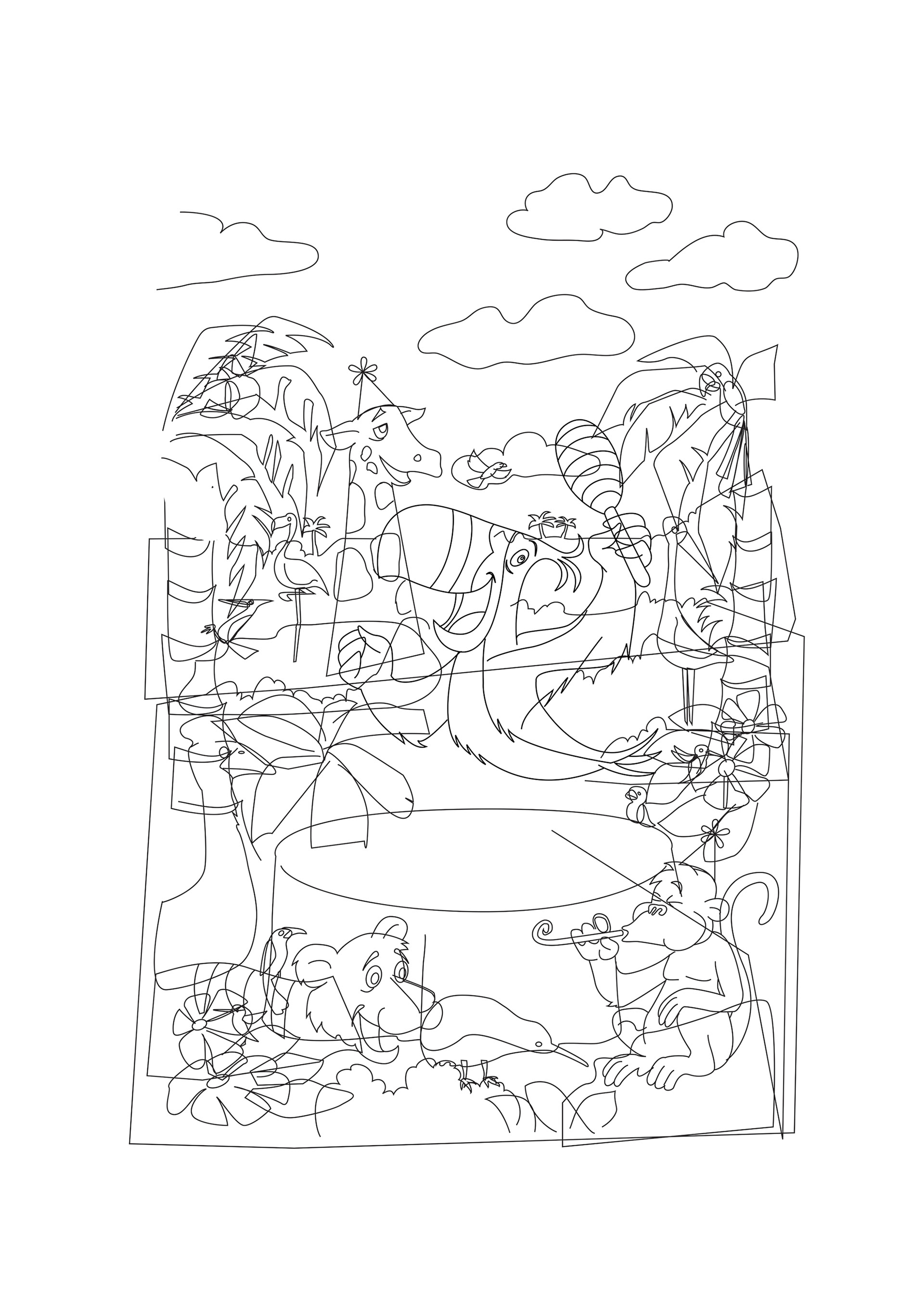 Redraw of the supplied sketch. 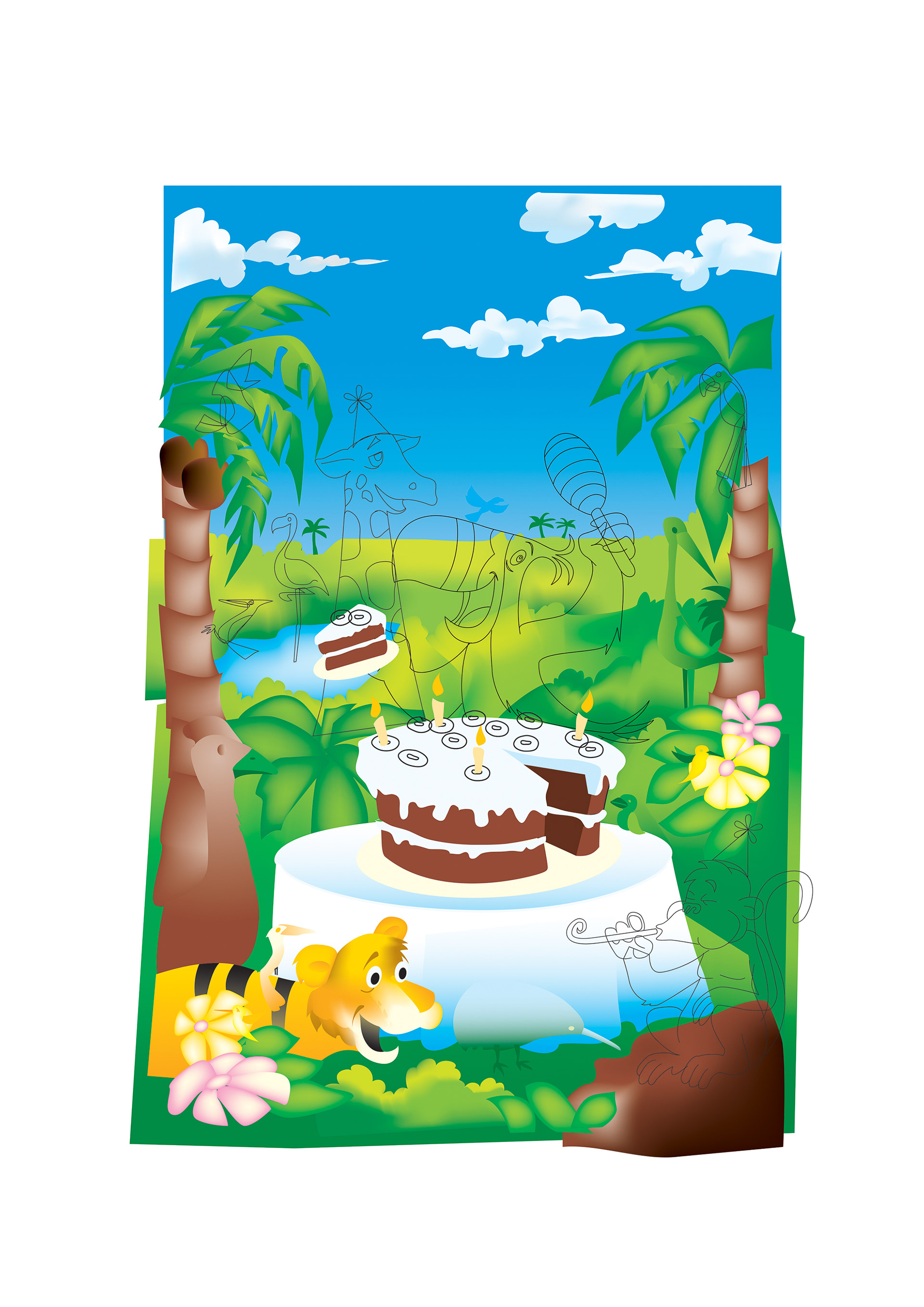 Flat colours and base tones added to black and white artwork. 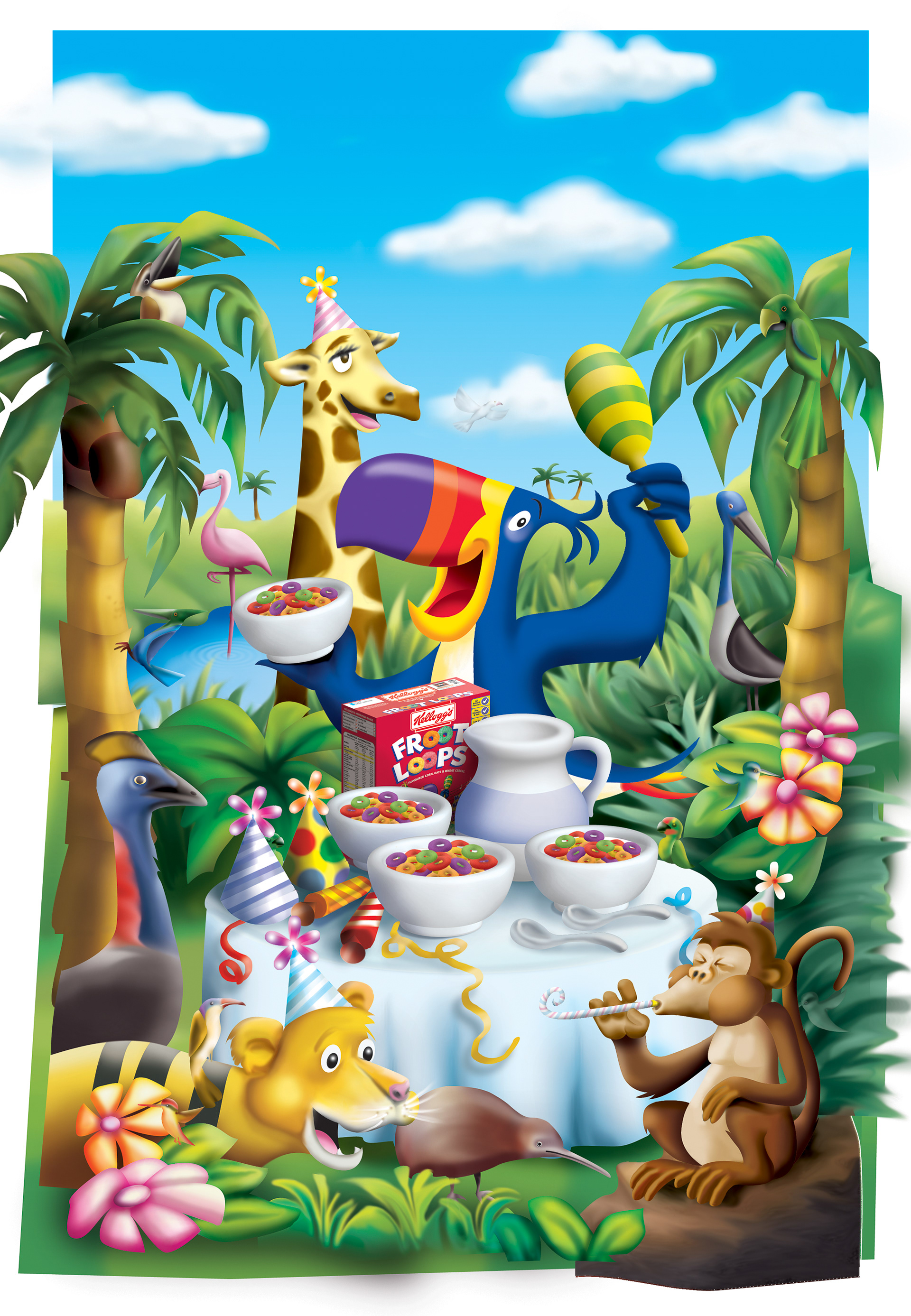 The original sketch included a birthday cake which was later substituted for the bowls of Froot Loops and the box packaging.

This animated build-up of the illustration shows the initial sketch Brave sent Stephen, which he took into Adobe Illustrator and Photoshop for adding colour and tone.

The solutions for the "Find the hidden birds" guessing game were printed on the inside of the box packaging.

Stephen supplied the final illustration to the Brave agency as a high-resolution Photoshop file for placement into the finished artwork.

Tony Ferguson Product Range
Creative direction and design development for the Tony Ferguson range of calorie-controlled weight loss products. This involved designing and producing finished artwork for a range of packaging types from foil bags through to shrink wrapped bottles.

HCi Identity Design
Corporate identity and stationery design for HCi, a Knowledge and Process Management company based in Sydney, Australia.

Integrated Vision Marketing Collateral
Creative direction and design of various marketing collateral for Integrated Vision, a leading Australian videoconferencing solutions provider. Stephen, operating as Graphic Vision, partnered with the client to produce a range of items including, a Quarterly Newsletter, DL Brochure, and DL Promotions, managing all designs from concept through to prepress and final print.

BigPond Cable Launch Hero Image
Worked with the Art Director at Frontline to produce a hero image, the centrepiece of the Telstra Big Pond launch campaign. Blended two stock photography images using various distortion effects to create the blurred image on the outside and manipulated colour values to maintain an overall consistency.

Microsoft Communiqué Cover Image
Front cover image for the Microsoft Communiqué magazine featuring the new Microsoft Front Page application. Utilising Alias Sketch 3D software to set the lighting and texturing of the composition of the image, and Photoshop for the final shading and colour balance.